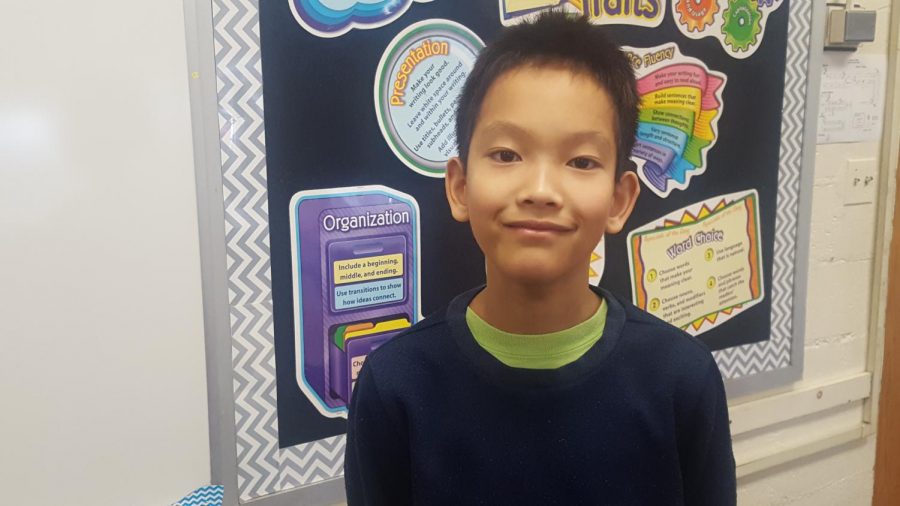 Sixth grade student Tai Makamura holds the honor of being the only student from Patrick M. Villano School to attend the National Spelling Bee in Washington, D.C. That bee is at the end of May. Studying a little bit each night helped Makamura advance to the national contest.

“I didn’t really feel anything until the end because it was a long wait. By the time I got up there, there were almost no nerves left because I waited,” Nakamura said.

It took four hours and nine rounds to get the title, Nakamura said.

“I couldn’t believe it. I was actually really happy,” Nakamura said about the win. “Honestly, I felt like this was enough spelling for me, but everyone wanted me to win, so I had to do my best.”

Makamura said he studied from a spelling bee list of words every night for a few minutes. He said that worked paid off. Nakamura correctly spelled Promethean in the final round. According to the Merrian-Webster dictionary online, that’s an adjective which means “of, relating to, or resembling Prometheus, his experiences, or his art; especially : daringly original or creative.” Nakamura said he knew how to correctly spell it because he recently came across that word while studying myths in his sixth grade Language Arts class.  The correct spelling of the word strabismus gave Nakamura the win. That is the “inability of one eye to attain binocular vision with the other because of imbalance of the muscles of the eyeball — called also squint,” according to the same online dictionary source.

“I didn’t know it [strabismus] honestly, but I think it was Latin or Greek, so the spelling was straight forward,” Makamura explained. “In Greek and Latin, I hadn’t seen a lot of  z’s at the endings, so I had that in the back of my mind.”

“I am extremely proud of him and a bit amazed that one of the Villano students made it,”  fourth-grade teacher Cindy Doran said.