Making sure Halloween is sweet 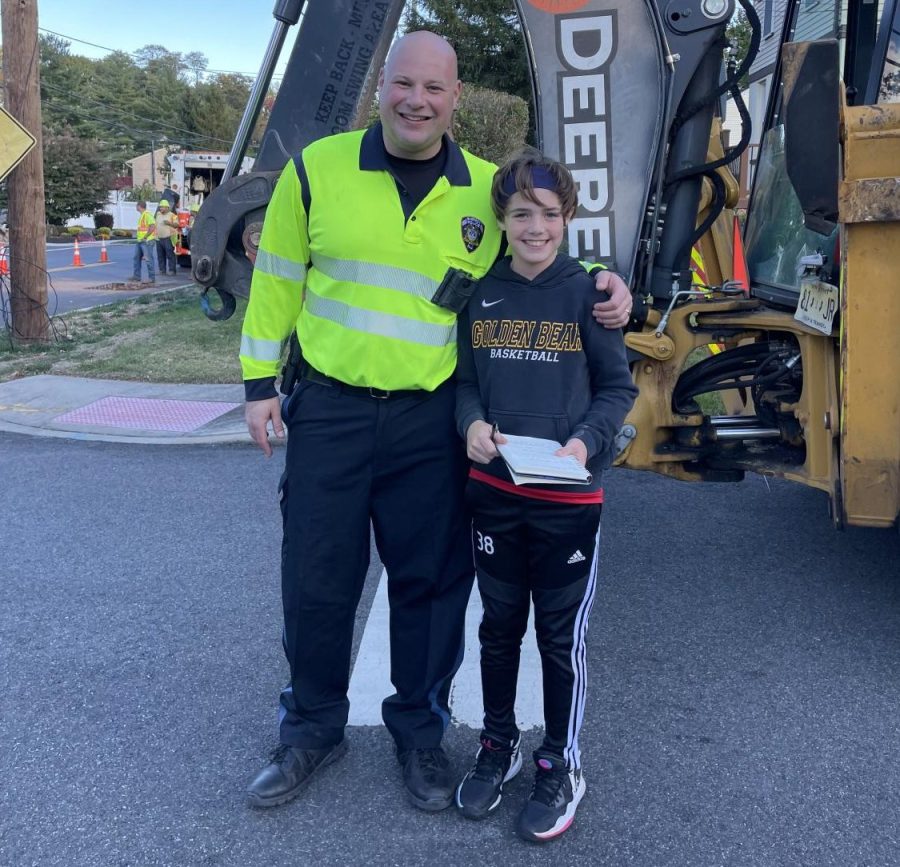 Officer Glenn Howard is a lifelong resident of Emerson. He has some safety tips for children who plan to trick-or-treat at night.

Halloween is celebrated each year on October 31, and this year it falls on a Monday. Many students from Patrick M. Villano School will be trick-or-treating after school and into the evening hours. That includes Hailey Daviou, a sixth-grader. She thinks it’s important to have fun during this holiday, but remain somewhat cautious.

“I think it is important to be safe on Halloween and be careful about which candy you eat. Make sure it’s safe,” Daviou said.

One way to check the safety of candy is to have a parent or known adult look at it before eating it. Where did this tradition of giving candy start? According to The History Channel online, the idea of giving treats became popular in the United States between 1920 and 1950.

“Trick-or-treating was a relatively inexpensive way for an entire community to share the Halloween celebration. In theory, families could also prevent tricks being played on them by providing the neighborhood children with small treats,” the website states.

Emerson Police Department Officer Glenn Howard shared additional safety tips for trick-or-treating at night. He said to carry a light to be seen. Also, wear bright colored clothing. Be sure to walk on the sidewalk where possible and not in the street. If you have to walk in the street, Howard suggests walking against traffic so you can see oncoming cars. Always stay with a group of people, and bring an adult. Emerson generally has a curfew of 9 p.m. on Halloween night.