Music and comedy on the menu 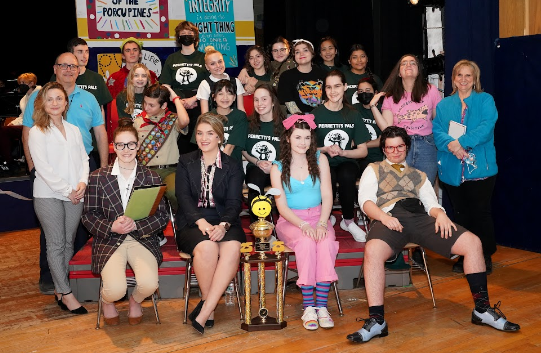 The cast of the high school play poses for a group photo.

“It was good because all ages could watch it,” said fifth-grader Joshua Varghese. “It was a funny play to watch. It was really interactive.”

The show is about elementary school students competing to win a $200 prize to pay for their future college.

“It was really cool to watch,” said Maura Matthews. “There were cool effects like the lighting, and it was very creative. The cast members did a very good job.”