A marathon of a run 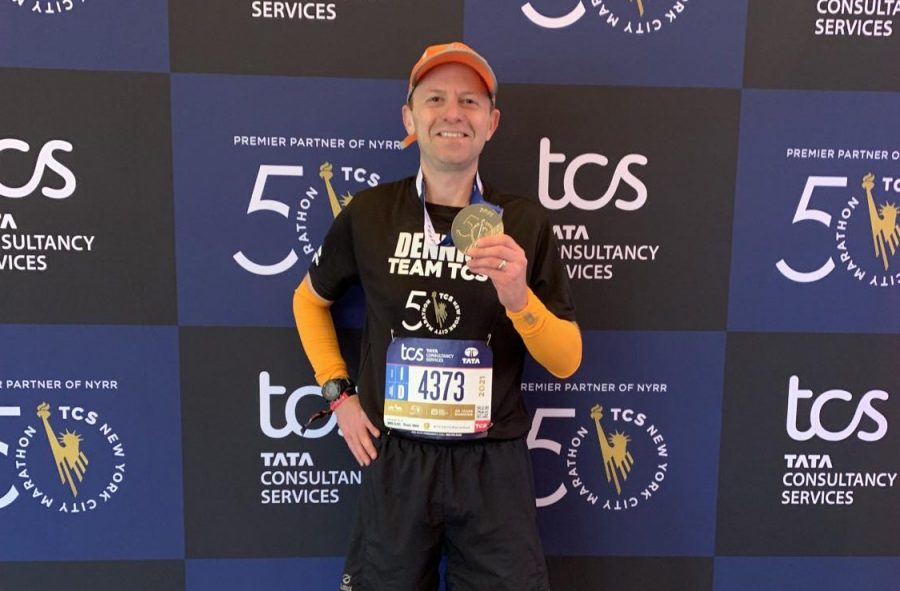 Gallery|2 Photos
Dennis Gordon
Dennis Gordon proudly holds his medal after finishing the NYC Marathon. It was his first marathon.

“To prepare for this marathon, I ran 5 days a week, which includes running a long run on Saturdays. The long run was anywhere between 12-18 miles,” Andre Baruch explained. He’s the school band instructor. “During my peak weeks with the higher mileage, I would run around 40 miles per week.”

This year’s marathon in New York is the fourth marathon finished by Baruch. His first was in 2018 in Philadelphia. Then, it was Chicago in 2019. Another race called “Miles on the Mohawk” took place earlier this year.

For sixth-grade Social Studies instructor, Dennis Gordon, the marathon in New York this year was his first.

“I absolutely trained for the marathon. If I did not, I would not have been able to run,” Gordon explained.

Gordon said he started preparing to run for the marathon as far back as June. He also thought a lot about nutrition and hydration.

“What you put into your body is important. It helps you figure out whether or not you’re going to be able to run all of it,” Gordon said.