A windy return of the Mr. O. Show 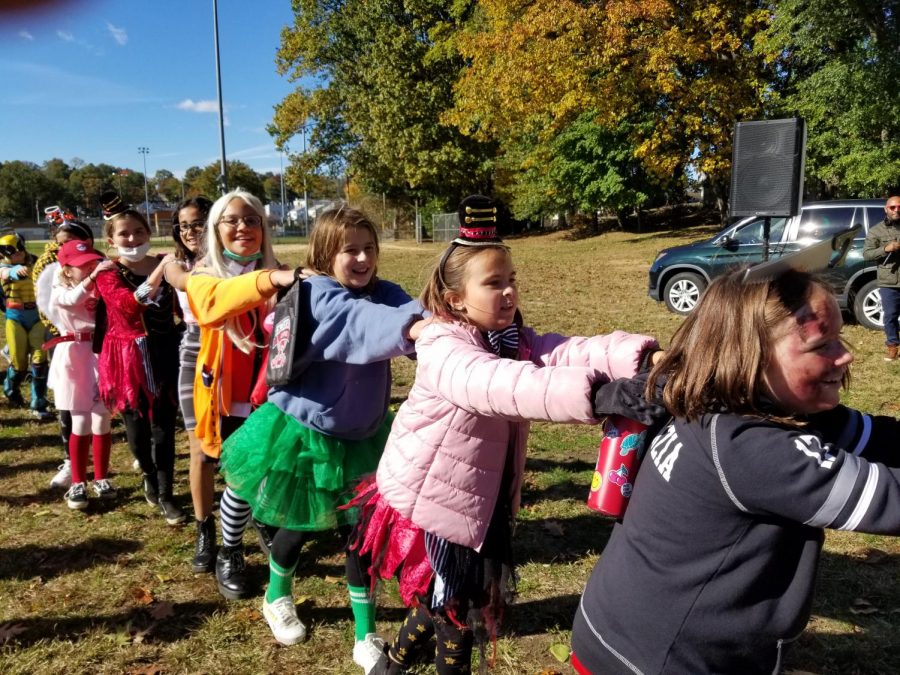 Students formed a conga line toward the end of the Mr. O. Show. This was the first Mr. O. Show since March 2020 due to COVID-19 health concerns.

The Mr. O. Show returned to Patrick M. Villano School. The windy weather could not stop performers from showcasing their talents on the outdoor stage.

“It was refreshing to see the O. Show after nearly two years,” Aiden Kapadia, a fifth-grade student, said.

The last indoor O. Show was in March 2020 in the school’s all-purpose room. The show on Friday, November 1, was held in an outdoor band shell with a DJ on hand to control the sound and play music. Acts included a comedy sketch and musical performances.

“[It was] humorous, fun, and overall enjoyable,” Nick Costa added.

Toward the end of the show, the DJ encouraged students to form a conga line as he played new songs such as “Levitating” by Dua Lipa, featuring DaBaby.

“The performers were talented,” Zack Zeller, a fifth-grade student, said. “I thought the end was fun”

Giovanni Solimando, a fifth-grade student, was one of the announcers for the show.

“The most challenging part was the wind because you would be reading the script and all of a sudden a gust of wind would blow it out of your hand or the blow the paper so you wouldn’t be able to read it,” he said.

Despite the windy weather Solimando said, “I really liked this O. Show.”

Principal Jessica Espinoza explained that Mr. O. stands for Mr. Ostrowsky, a former principal at the school. He encouraged students to bring their talents on stage in the mornings before school began. The traditional carried on to a monthly program which is held outdoors for the time being.