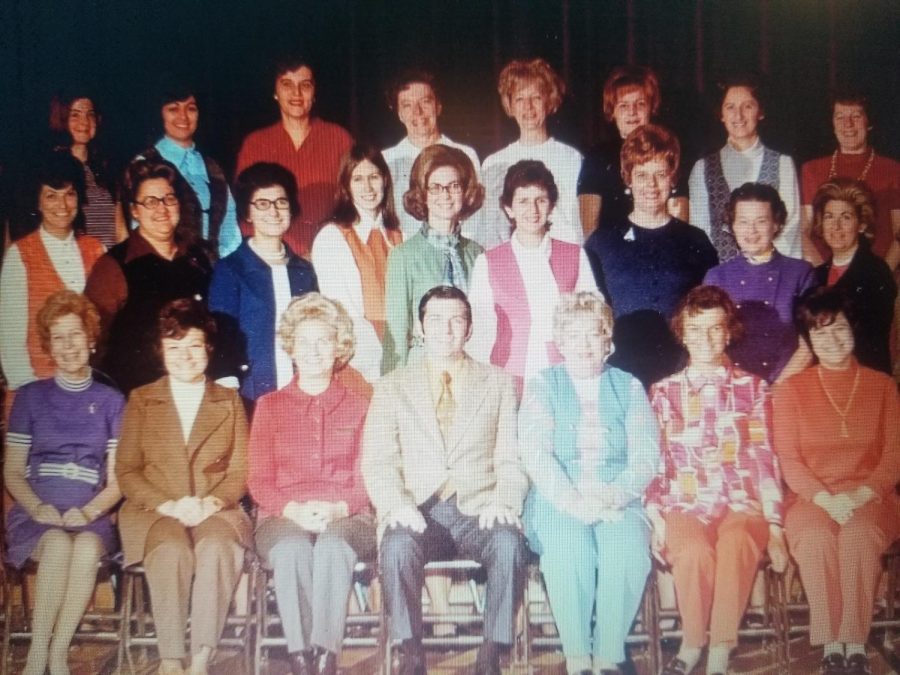 Patrick M. Villano is seen here front and center in a faculty photo.

Students and staff at Patrick M. Villano School in Emerson are remembering the building’s namesake: former principal Patrick M. Villano. It’s been exactly 40 years since Villano passed from a heart attack. He was 45 years old. Villano’s memory lives not only in the school’s name, but also in his wife’s heart.

“He was a faith-filled man who had an innate curiosity and spirit of adventure,” said Jacqueline S. Villano. “He always felt that Emerson is a special community. He also had an inherent thirst to keep learning. He cultivated many interests outside of education including photography, film, and movies; fishing; swimming; long, meandering walks; reading; and making memories with family.”

Jacqueline Villano first met her future husband in 1957 while interviewing for a teaching position. Both landed jobs at then Linwood School. Mrs. Villano said her husband became a teacher in the hopes that he could motivate young people, “stoking their own enthusiasm and curiosity to explore the unknown and appreciate that life always has something new to offer and teach us.” 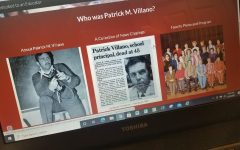 The school system in Emerson grew substantially while Villano served in the district. For example, there was no Memorial School. Later, the district had to expand the Linwood School for increased enrollment.

“I believe Pat’s personality, his kind, caring, even-keeled nature; his gentle, wry, and often self-deprecating sense of humor, served as something of a leveler and unifier in the midst of many changes as the district grew and continued to evolve,” Mrs. Villano stated. “I also know that because Pat pursued many interests and was enriched by many hobbies outside of work, he was very attuned to, and proud of, expanding after-school programs, day trips, and outings for students where recreational enrichment served as education unto itself.”

[He] lived a humble life with a simple aim to be true to himself and to be caring, kind and fair.”

Mrs. Villano remembers that her husband encouraged his students to pursue personal interests and hobbies. She recounts a time when Villano motivated a shy student to perform a magic act in front of his class. With that inspiration, the boy pursued his love of magic and kept in touch with the Villano family. The student’s career blossomed, according to Mrs. Villano. His work is now world-renowned, and he is credited for devising patents for widely-used magic tricks. He has even worked behind-the-scenes on Broadway shows, developing special effects for Tony Award-winning plays.

“[This] story is just one of many, but it clearly illustrates what teaching meant to Pat — how gratifying it is to play a small part in the growth and development of students and witness how their lives play out in the larger world,” she explained. “He believed it was very important to identify and develop one’s own unique gifts and talents. By doing so and by retaining integrity along the way a person could then carve out his or her own fulfilling niche, where those gifts and talents could also benefit others oftentimes unknowingly and in extraordinary, unexpected ways.”

Mrs. Villano said her husband was very grateful that the Emerson School System and the community embraced him as both a teacher and later a principal of Linwood School in 1962.

“He was the kind of person who simply got up every day, went to work enthusiastically, and strove to do his best. He approached life as if it were an adventure—never knowing what was around the next corner, yet remaining eager, positive and open to new opportunities and chances to learn and grow,” she stated.

It was only after his death, and the family received a tremendous outpouring of letters, calls, and tributes, that they fully appreciated his impact, said Mrs. Villano.

“Pat made a difference and touched lives. In the end, I truly believe no one would have been more surprised than Patrick Villano when the school was renamed for him,” she said.