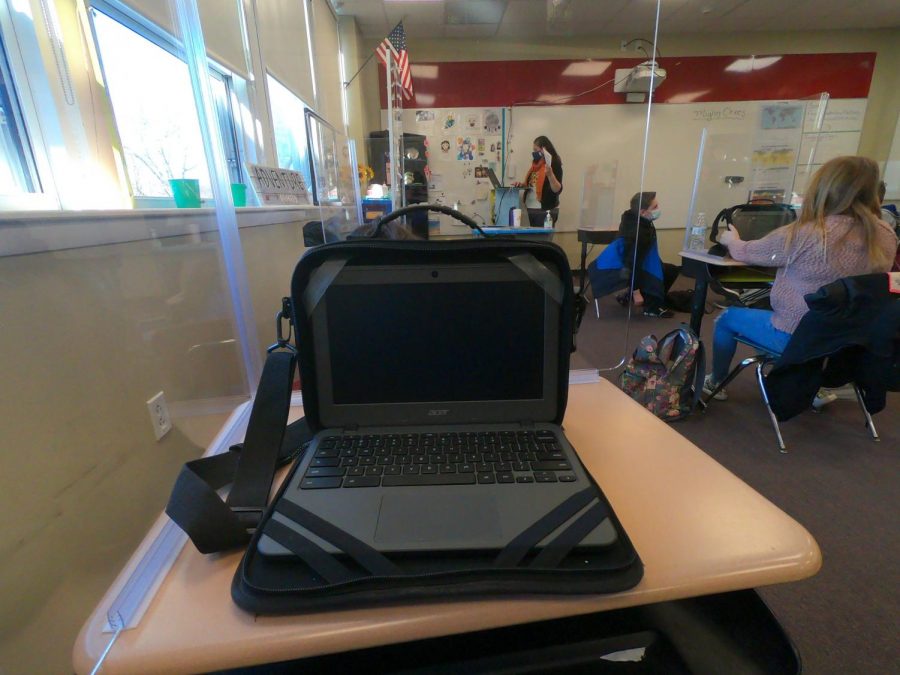 This is a student’s view from the back of a sixth-grade classroom.

It’s back to class for sixth graders at Patrick M. Villano Elementary School. They’re in school for half a day, five days a week.

“I think it is great that we have most of the sixth graders back,” Brianna Moccia said. She’s the sixth-grade Language Arts teacher. “It’s definitely easier to work with students in person because you can monitor their progress and make sure they stay focused and on task.”

“It’s easier to work at school, so then you don’t have distractions around you like a phone or sibling,” Caden said.

The sixth-grade Science teacher, Elizabeth McClafferty thinks it’s much easier for students to engage in class discussions when they are physically present with their peers.

Moccia also thinks face-to-face interaction is extremely valuable not only for the teacher but also for the students.

“I can tell that the students are much happier in the classroom because they can see most of their classmates.,” she added.

“Bringing back more sixth graders is a step in the right direction, and I am hopeful that we can have all students back in the classroom,” Moccia said.

“I think the school made the right decision to let us go back because when you are online you’re just not learning the same way as in school,” Healey added.

McClafferty says she’s proud of how the students are the year in general.

“From virtual learning to hybrid, to five half days, wearing masks and all of the other changes to our school day, the students have really shown that they are capable of adapting and meeting any challenge,” McClafferty said.