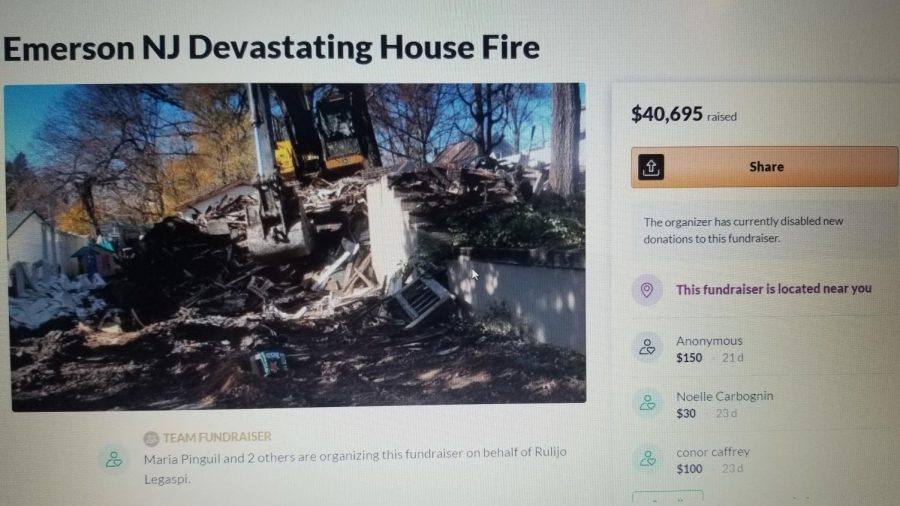 Friends in town helped create a Go Fund Me page for the families who lost everything in this house fire.

The new year means a new beginning for three families from Emerson who lost everything they owned in a house fire. Thousands of dollars from a Go Fund Me page are being used to buy new clothing, toiletries, food, and other necessities. Kaitlyn Legaspi helped create the page.

The three families, including eight children, lived in a multi-family home on Union Avenue. According to published newspaper reports, the fire started in a car parked in the driveway of the home about 4 a.m. on November 23. Everyone in the house fire made it out safely.

“They weren’t able to collect their belongings since it happened in the middle of the night, and they left in a rush,” states the Go Fund Me page.

The page states the families would like to remain anonymous, but they are very grateful for the outpouring of support.

“On behalf of the three families that were affected by the Emerson House fire, they would like to extend all their gratitude to all who have donated,” states the Go Fund Me page.

The families were given immediate shelter at the Senior Center in Emerson.

“I was so proud of everyone who lived in Emerson,” Mayor Danielle DiPaola said. “The fire started in the middle of the night. I went to the fire as I heard about it. Immediately, I said to open the Senior Center. I was there for about 4 hours and so many people were so generous and they are still donating until this day.”

Local businesses in Emerson also helped out. An owner of Shortrounds Deli and Catering offered food to the families.

“We donated sandwiches, chips, and drinks,” he said “We didn’t know about the fire until the mayor told us around lunchtime, so we made what we could as quickly as we could.”