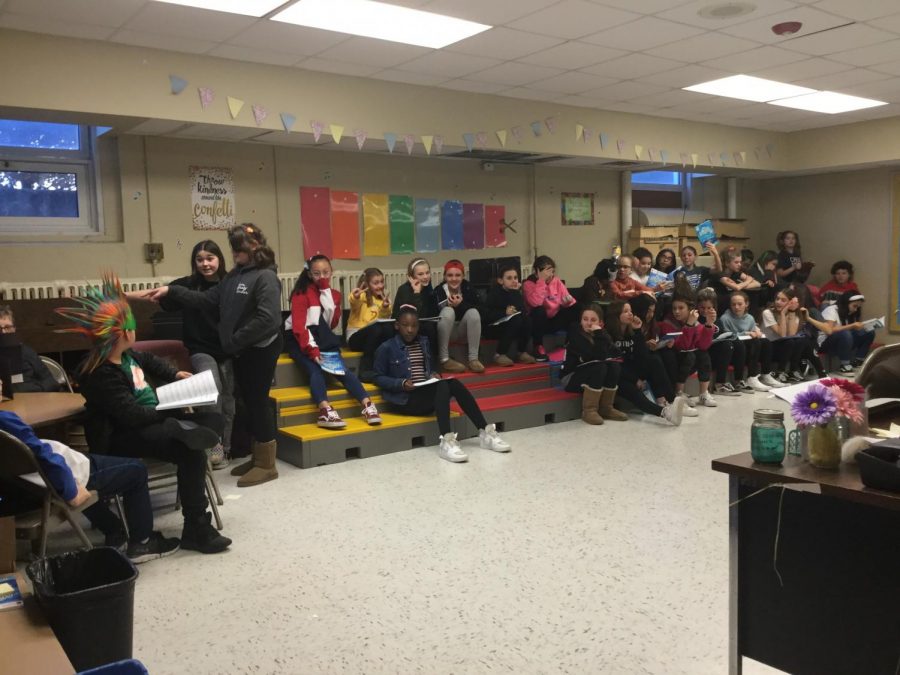 For the first time in the history of Patrick M. Villano Elementary School, the musical directors had to double-cast roles to accommodate the number of students participating in this year’s production. Double casting means that there are two actors for each role. For example, two different students will be playing Ariel in this year’s performance of The Little Mermaid Jr. These two people are sixth-graders Mikaela Tucker and Julia Seretis.

“The play is based on the Disney movie The Little Mermaid, and it is about a mermaid named Ariel, and her dad does not let her swim up to shore to see anything above land. Once Ariel gets cursed by Ursula [a mean octopus] she starts to lose hope,” said Addison Youmans, a sixth-grade student.

Youmans is excited to be in the play this year as a sister to Princess Ariel.

“I did not get to do it last year and it seemed like a fun experience to do my last year of Villano. I also really like the Little Mermaid and I knew it would be a really fun play to be a part of,” Youmans said.

Ava Velez, a fifth-grader, really enjoys theater. She performs for an outside theater group all year.

“I want to do the play because I do theater in a separate group, and I thought that doing The Little Mermaid Jr. would be fun because all my friends and peers would be doing it,” Velez explained.

Both Velez and Youmas are looking forward to taking stage.

“I know from when I have performed on stage in the past it is a little nerve-wracking at first but eventually, you realize that is not that bad and it is really fun,” Velez said.

“I feel so comfortable performing on stage because I just did Frozen Jr. and that has kinda prepared me for this,” Youmans said.

There will be multiple performances of the play on March 31 and April 1. Mrs. Tricia Mancino, fifth-grade teacher, and Ms. Victoria Ioppolo, music director, auditioned students grades 5 and 6.