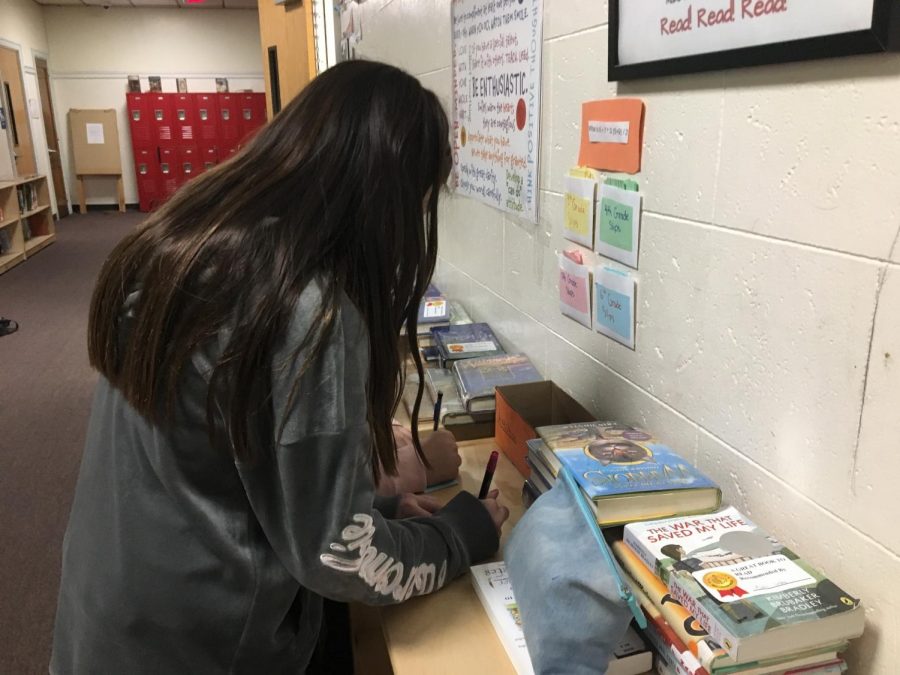 Gallery|4 Photos
Kaitlyn Carey
This sixth-grade student stops to complete a growth mindset question between the switch of classes. This question is located outside the science classroom.

What started as a class lesson, led to a schoolwide project on growth mindset for a group of sixth grade students at Patrick M. Villano School.

“We hope that students learn to be positive and have a growth mindset,” Sophie Nisonoff said. She is one of the sixth grade students chosen to lead this project. “We want Villano students to think more positive about themselves and to try to stay away from having a fixed mindset even when facing challenges.”

Nisonoff is one of five students involved in the project. Kaylei Iafelice, Gillian Pasqualino, Michael Graf, and Andrew Croci, all sixth graders, took part, too. Each week for six weeks, the group posted questions around the school. Students answered the questions.

“We came up with the questions by thinking of every subject and what we have learned so far. Also, we came up with different levels of questions so each grade had an equal chance to do well,” Nisonoff explained.

Nisonoff and others spent their recess time checking the answers, and recorded responses on a Google Spreadsheet.

“I thought it was fun and an interesting addition to the school, and it was cool to see the different questions asked,” sixth-grader Kayla Mulligan said.

“It’s a good idea to get all grades together to think deeply into these questions,” Guttilla said.

“We all feel appreciated that we were chosen to do this special activity and proud of what we have accomplished so far,” Nisonoff said.

One Response to “Growth mindset project gets students thinking positively”