Keeping soccer skills sharp in the off season 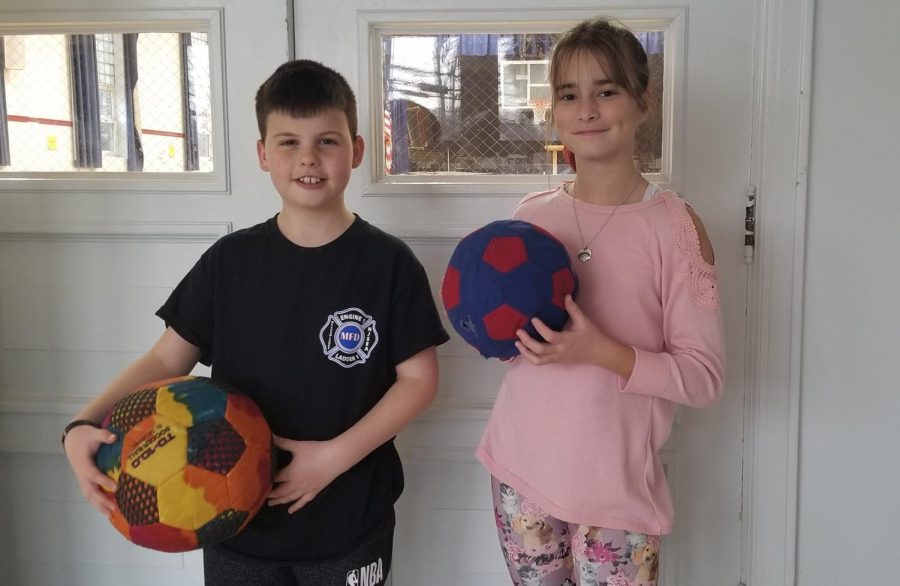 Sixth graders Hugh Hennessey and Mia Worthington both pay for the Emerson Eagles, the town's club team. Both athletes agree that practicing in the off season is key.

Soccer season may be officially over according to the calendar, but it’s not over yet for some athletic sixth graders at Patrick M. Villano School. Mia Worthington plays for the Emerson Eagles, a club team in town which requires tryouts. Her team is currently practicing at an indoor facility.

“I think it’s important because we have to stay in shape and stay used to playing. If we take off we’re going to take time to readjust to the season,” Worthington said.

She explained that the girls work on foot skills by dribbling the ball around cones.

A club team plays at a higher skill level than a recreational team. They also compete against different towns. Hugh Hennessey also plays for a club team, the boys’ Emerson Eagles. During the season, his team practices at least twice a week – once with a coach and once with a trainer. In the off season, Hennessey is on his own to keep his skills sharp.

“I like soccer because it is a fun and satisfying sport that takes patience and good vision.” Hugh Hennessy says.

2 Responses to “Keeping soccer skills sharp in the off season”