Opening day for softball and baseball is a hit 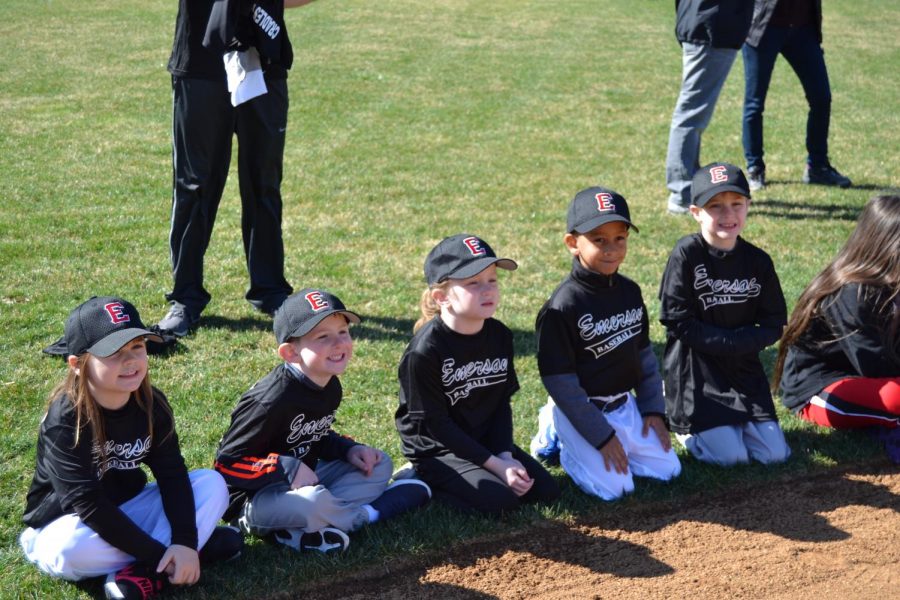 here a group of kindergartners on the T-Ball team sit and listen enthusiastically to the announcements of the season. This is one of dozens of teams from the borough. Children from kindergarten through eighth grade play baseball or softball.

The colors red, white, and black flooded the streets of Emerson earlier this season, as dozens of people attended the annual softball and baseball Opening Day activities. On Saturday, April 21, the borough’s teams paraded from the Emerson Junior-Senior High School all the way to the Jim Benkovic Baseball Field by the public library.

“It was fun because you got to spend time with your team even if we weren’t playing,”sixth grader Ashley Miskovitz said.

Late season snow-showers and low-temperatures pushed the parade from Saturday, April 7 to three weeks later. That meant that all of the teams started their seasons before opening day. Yet, the tradition continued.

“Everyone is there together. It’s like the beginning of a new season with new opportunities,” sixth grader Juliana Palladino said.

The players enjoyed this special time celebrating their team. Players also thought it was a great way to start fresh and forget any of the negative moments that occurred last season. The started this season from scratch with an improved and more confident attitude.