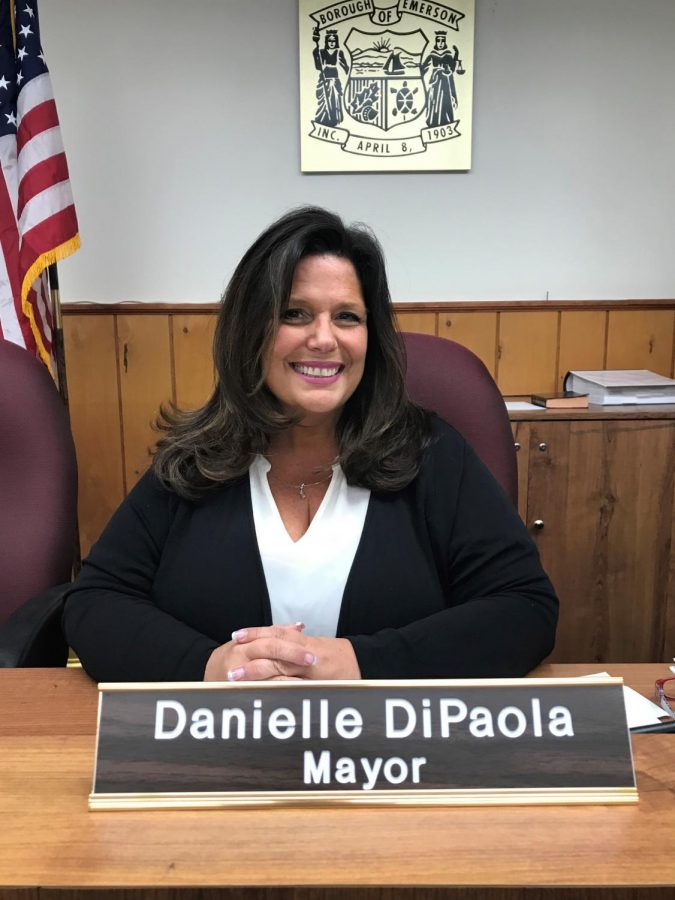 Emerson’s first female mayor, Danielle DiPaola, recalls her favorite memories from elementary school – the same school which is just down the block from her current office in borough hall.

“My favorite memory in the elementary school was dancing on the desks in Mrs. Parisi’s third grade class,” Mayor DiPaola recalled. “We also sang ‘Good Morning Starshine’ most mornings. I’m not sure any of that would be allowed.”

“Study hard, pay attention to people around you. Learn as much as you can from your teachers. Ask questions! Understand what people want and how they feel,” Mayor DiPaola said. “Always go with your gut instincts. They will always lead you down the right path.  I’ve always done this. Even when the majority goes one way, it doesn’t always mean they’re right. People like to take the easy way, not the hard way in life. It’s up to you to make a difference. You can do it!”

On January 2, 2019, DiPaola was sworn into office. She won the election spot of mayor the previous November against Lou Lamatina by 243 votes. Mayor DiPaola received 1,652 votes, winning her the election, and Lou Lamatina received 1,409. In all, 3,061 people voted in November.

“I don’t think it feels any different being the first female mayor of Emerson than it would if I wasn’t. I think I just got a lot of attention because I was elected mayor. It was fun, but now it’s a lot of work,” DiPaola answered.

Politics runs in the DiPaola family. Mayor DiPaola’s uncle was a New Jersey State Senator from Essex County in the 1970’s. However, Mayor DiPaola doesn’t consider herself to be a politician.

“I consider myself an elected official, elected to serve the residents of Emerson. I started attending Mayor and Council meetings when I was upset about things that were going on in the town. I decided to get involved so that I may may make a positive impact in our town,” Mayor DiPaola explained.

After attending elementary school and high school in Emerson, Mayor DiPaola attended Fairleigh Dickinson University in Madison for her freshman and sophomore years, and then the University of Maryland at College Park where she studied art history and theater. Mayor DiPaola later took a position at the The Pace Gallery in Manhattan.